n the past few days, I’ve been thinking quite a lot lately. It’s not that uncommon for me to think deeply about a particular topic, but this time it’s been quite different for whatever reason, so I thought I’d finally write about it.

I will mention ahead of time, there will likely be parts that I might have wrong either scientifically or historically, but as far as I know, what I’m saying is what I believe to be as accurate as my current understanding allows, which that’s different from being factually correct.

So what is it that I’ve been thinking about?

I’m reading a book called The Origins and History of Consciousness by Eric Neumann. It’s quite a dense book, as well as packed with so much information inside of it, I feel as if I’ve only understood a fraction of what he’s actually talking about. 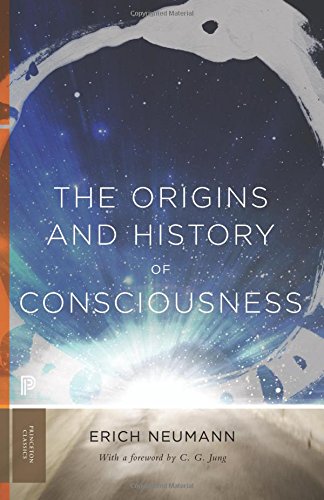 I should mention that Neumann, a student of Jung (but complicated), does take an archetypal approach to this explanation rather than a biological approach that’s because history was not told in the scientific terms we’re so used to today, but rather, it was told through stories, images, music, and poetry. So, if you want to know the evolutionary timeline of consciousness, you have to start with the stories that have been passed down through millennia, and Neumann does just this.

Anyways, Neumann, he really does start at beginning insofar as the evidence allows meaning what current archeologists and anthropologist, as well as other historians, have been able to uncover and translate so that it can be analyzed further.

All evidence seems to point, mythologically speaking, that the beginning of consciousness started with the Uroboros; the snake that eats itself, the Great Mother who sucks on her toe, the emblem and symbol of wholeness and infinity.

It was by this symbol does the Great Mother emerge. The Great Mother is the one who gives life but also brings death. Eric Neumann describes her as “The wicked, devouring mother and the good mother lavishing affection are two sides of the great uroboric Mother Goddess who reigns over this psychic stage”.

I like to think of The Great Mother as that like the dragon, which has been depicted in many stories. It is this dragon that protects the walled city (the good side of the mother), but at the same time destroys it (the devouring side of the mother). And, in order to keep in good terms with the dragon, you must offer up your gold, animals, even humans as a sacrifice! As the people have learned throughout time, the dragon will only accept valuable sacrifices, and unworthy sacrifices are punished by death, as seen in the stories of the Great Mother, Kali, even (although God is depicted as male) in the story of Cain and Abel.

And like I said, this was the beginning stages of consciousness emerging. It was from this, did we, as humans, grow from. Over time, as mythological stories show, few sons of the Great Mother started to challenge her such as Narcissus, in Greek mythology, son of the river god Cephissus and the nymph Liriope. In this story, he did not want to willingly sacrifice himself to the Great Mother to continue the cycle of birth and death, but chose to go down his own path (the beginning of the Hero’s Journey), but was cursed by the Great Mother to fall in love with himself, only to die alone. This was the Great Mother, once again, slaying her son.

And there were many stories like this in mythology as the son-lovers tried to escape from the endless cycle, only to have the Great Mother (unconsciousness itself) overpower them.

And this is as far as I’ve gotten in the book, but I do, roughly speaking, know the rest of the myth, as well as Neumann outlines the structure of the book in chronological order (his table of contents). I’ll be writing more as I continue to read, but let me recap where I’ve left off, though, and I will use more familiar terms.

Neumann describes the emergence of consciousness as the Uroboros which is depicted by the snake that eats its own tail, or, that which sustains itself. You can think of this like the embryo in the pregnant mother. It is the mother and baby, which the baby is sustained, internally, by the mother.

Then, from the Uroboros, with the birth of the son, is this baby protected by his mother, his Great Mother. She gives him life, raises him, and he is subject to her. This is similar to a baby in the first couple of years of development. For an infant, the mother (in most cases) is the entire world to the baby. Everything that the baby needs, the mother provides. She is the Good Mother, but, should the child misbehave, does the Devouring Mother show her self.

A little bit of a tangent, this where you get stories of mothers killing their infants in, what some may call, cruel or grotesque ways. I’ve read stories of a mother putting their infants in the microwave, oven, even left outside to die. You might say, I could never do such a thing! but, archetypally speaking, this is the Devouring Mother who punishes her son. I’m not trying to justify this behavior, but it does shed a little bit of light onto this cruel, yet uncomfortably persistent behavior found, still, today.

In the same way, do you get the overprotective mother, or, better known as the Oedipus-complex. This is when the mother loves her son too much where he is not able to grow, to flourish, and to become himself. He is far too protected, and, although it may seem loving and caring to treat your son in such a manner, it only hurts him, and he forever stays an infant, even into adulthood.

As you can see, these archtypal stories even echo out into today’s societies, that’s because they are, indeed, archetypal stories. But, as we know, most children do not grow up to be overprotected by their mother, or, even worse, murdered at hands of the mother. Most children grow up into teens, then into adults, then into parents who will have their own children, thus the cycle continues.

This is where I am in the book, The Separation of the World Parent: The Principle of Opposites. What this means is, after the first few years of an infant’s development is he or she not so dependent on their mother. Now comes the introduction of the Great Father (order) in which he begins to form the self-conscious mind from the unconscious, but still, even at this point, is the child not fully developed.

And to reiterate once again, in modern times, this is usually how development has gone and still goes today. The baby and the mother are together for the first 2 years of the baby’s life, and, once the baby does not need the constant care of the mother, does the father start to play a bigger role in the, now, child’s life.

This is where I will leave off but will continue as I read on. And like I said, understanding the origins and history of consciousness through this manner has been extremely eye-opening, as well as, almost, logical to explain.

Until next time when I get farther into the book!

3 replies to The Origins and History of Consciousness: The Uroboros and The Great Mother