I’ve been reading a book, actually listening to one, though I am reading one, called “The Righteous Mind” by Jonathan Haidt. It’s a fascinating book, one that covers a wide variety of topics and themes, but the overarching theme is all about moral psychology, specifically, three different aspects of it. 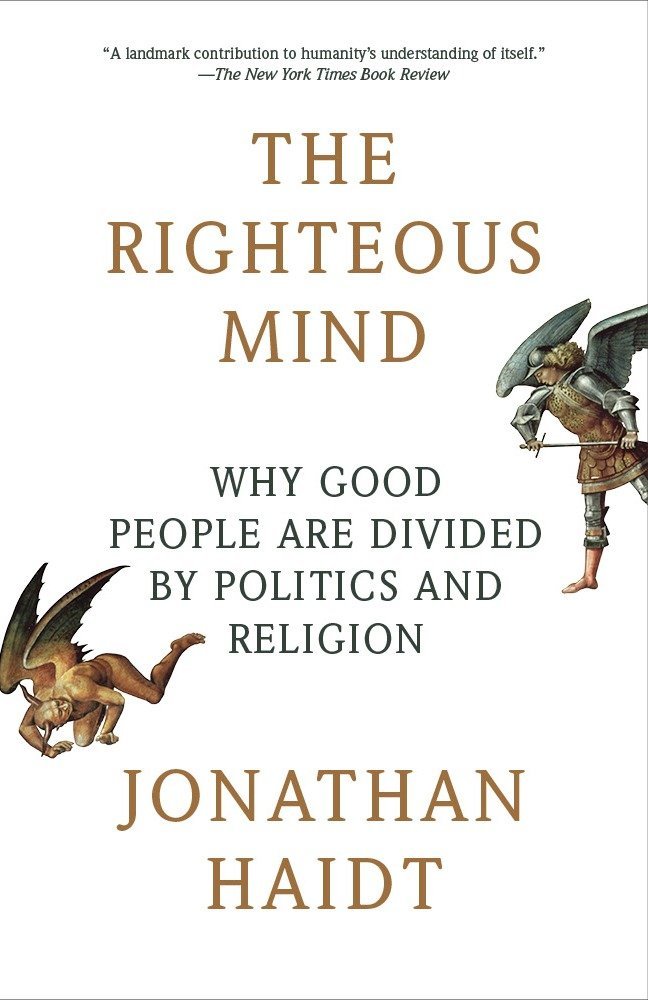 He breaks down his book into three different sections, each to be read in order to understand the next part. The three parts are:

I’ll be honest, it was A LOT of information to take in at once, and I think I’ll need to go through it again, maybe even get a hard copy, just so I can process it all. And, although I’d love to comment on each section of the book, I simply can’t, as well as it would take far too long.

Another warning, there could be parts that I’m getting wrong, factually, so if that’s the case, please point them out, as, like I said, this is a long book, with many references to people’s work I’m not familiar with.

Going on, this post will mainly be on the last section of his book: Morality Binds and Blinds. Which was definitely my favorite part.

The entire section is based on the explanation for the evolution theory, group selection, which he ties into his idea of the “Hive switch”. And I’ll explain that in just a moment.

But first, he explains that, for several decades, the natural mode of human behavior has thought to have been fundamentally selfish, which he references Richard Dawkin’s book The Selfish Gene. He explains that when observing all other mammals, none of them seem to operate in a cooperative manner, at least to the degree of humans, where that they (other animals) will regularly and selflessly put their own lives at risk before that of others. For example, a chimp will not share food with his chimp friends, or wolves will only hunt in packs to take down larger prey, though, ultimately for individual gain.

He explains group selection as that comparable to a beehive or ant colony in that they have evolved to work for the betterment of the whole group rather than the individual. For example, all the bees only mutually benefit working together as a whole, and couldn’t survive on their own, or ants work in a colony as a collective organism rather than an individual.

Many scientists have come to the conclusion that just because this form of behavior is not found in mammals, therefore, humans, being mammals, we do not share this form of group-like behavior as exhibited in bees/ants. It goes on to further say that any “group behavior” is a result of acting in accordance to one’s own need first, then the group, again, ultimately attributing selfishness as the fundamental drive.

A quick example would be, you get a job not because you want to help the corporation first, but you have to provide for yourself and your family first, then the company.

Anyways, because selfish behavior is common among humans, it is therefore concluded that any altruistic behavior is considered a “glitch” in the system, such as charity or volunteering.

To Haidt, this didn’t seem right. Although pure altruism is uncommon, it still happens on such a frequent basis, this form of behavior seemed too developed to write it off as a “glitch”.

He puts a quote in by George Williams which he counters.

Morality is “an accidental capability produced, in its boundless stupidity, by a biological process that is normally opposed to the expression of such a capability”.

Again, he felt that basing morality on fundamental selfish behavior seemed wrong. That led Haidt to develop his idea of the “Hive Switch”.

Here’s his statement: we are 90% Chimpanzee and 10% Bee and the “Hive Switch” What he means by that is, although we do seem to act in accordance with what many evolutionary theorists have concluded, that we’re self-serving first, there are times that we are “switched over” to that of the way a beehive works: sacrificing yourself for the sake of the group. There really will be times we will place the group over the individual.

And this ties into the first section of his book of how reasoning is formed via intuition. The point that he is really is this. The world is construed with an infinite number of ways to interpret the world. Some groups, such as the case in the politcal sphere, choose to derive particular views about the world, thus deriving their “facts” about how to interpret the world. These shared views and facts based on a shared intuition creates groups. From these groups that hold these shared views then comes shared/collective goals and motivations.

Relating it back to this group and/or “hive” mentality, if a member of the group, say again, the Liberal Left group, were to suggest that he or she is not fully aligned with ALL the group’s interest, then he or she could, possibly, be working to undermine or harm the group, such as the case when worker bees might work to kill the queen bee if she is not found to be compliant with the hive and its collective goal, loosely speaking about bees.

So you see something similar in politics. For example, Kanye West, he had shown companionship with Donald Trump, thus being labeled as an enemy of the Left. But you also see it in more subtler forms such as the case of a politician ordering food from Chik-fil-a a conservative-rooted business, and with that discovery was labeled, once more, as an enemy to the group.

This tribalism and group mentality has such strong evidence that it helped shape what we know as our modern day morality, and continues to shape it, it has led many moral psychologists, such as Haidt, to once again, rethink the way we, as humans, came about to who we are today.

1 reply to The Righteous Mind