I mentioned in a post on my analysis of “Notes from Underground”, that there are few books, if any at all, that have fundamentally changed my life. Although I described Notes from Underground as one of these books that did so, it seems odd to not regard this book, A Man’s Search for Meaning, as a book of that stature as well. 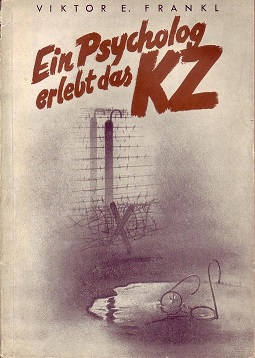 I like the way Harold Kushner put it in the foreword, “One of the great books of our time”. And that’s really what it is: A great and powerful book of our time.

But if I regard this book as so great and powerful, why would I say it hasn’t changed me, in a sense? Seems paradoxical, or even deceitful, to say so.

I’ll tell you why. It’s because, the message that Frankl lays out in his book, his autobiography, is a message we already know deep down, but many of us, we’ve forgotten. And even worse, many of us, have killed that part of our soul ourselves.

So no, this book didn’t change my life, not really. What it did do, was allow me to find what makes life meaningful again, and that’s much deeper.

He puts a quote in here by Dostoevsky, which, during his time in Auschwitz, were the core words to his belief system, his motivation to keep going, and it was this:

There is only one thing that I dread: not to be worthy of my own suffering

And that’s what the premise of the whole book was written on, to show that everything he went through, all the pain and suffering he endured, it was all worth something in the end. And, I’ll tell you this, before I start my analysis of the book. If he, among thousands of other Jews who suffered the same fate as he did, if they could go through literal hell and rise up from the ashes, I think we, as privileged we are in our lives, we can surely derive some meaning in our lives. We can surely find some way to keep going on.

I ask you this, before I start, have you become worthy of your own suffering? And if not, why?

I’m going to skip quite a few parts of his camp life, as, like he says, many other writers have described life in Nazi Germany much better than he has. His book is not about the particular details, but of something else. The psychology of the concentration camp prisoner.

He describes three mental stages, and a final fourth stage for those who happened to make it out of alive, that each prisoner goes through when they enter the camp for the first time. He says that, although many died before making it to next stage, and might have had the willpower to have made it out alive, it was those who lost their meaning in life, lost their will to live, to make their suffering worth it, that was the greatest killer of men. In a sense, the men had killed themselves.

So, stage one: shock. This one is easy to figure out what’s going on. These men were uprooted from their comfortable live, seemingly, for no reason at all, except for the very fact they they, themselves, existed. The men and women who entered the camp for the first time, they were confused to what they should feel, like they should be. Some men laughed, they cried, they were angry, some even seemed as if they were happy. Frankl could give no explanation to this but they were in shock and did not know what to feel.

Frank describes that “an abnormal reaction to an abnormal situation is normal behavior”. It’s what comes in response after the few days in which the full reality of the situation is clear. It’s the transition from the first phase to the second: apathy, or an emotional death.

This second phase, this was the true killer of the camp. It was worse than death, in some sense. It was a way in which it didn’t matter if a man lived or died. The beatings and cruelty from the SS guards and Capos were encouraged, in fact, because it brought him closer and closer to his ultimate goal, to die and to end his meaningless suffering.

Apathy, or to lose one sense of meaning, to lose, what Frankl describes, as the only thing you get to hold on to, even when everything else is taken, was far worse than death.

But not all men in these concentration camps stayed in this apathetic state. Some, but very few, reached the third stage: liberation.

He describes what he calls a “provisional existence”. What this is, is the ability to look into the future, to see that, where you are now, it’s not your final destination. He talks of a phenomenon he had one day, and many days preceding that, of how he got through the long twelve hour shifts in the brutal cold snow, barefoot, digging a trench that ultimately would never be used. He said one day, he heard his wife speak to him. He looked up, confused of the situation, and, as clear as he could describe, there she was, his wife, talking to him. He talks about how he was able to transcend the cruel reality that was before him and see what this ultimately means, to feel liberated.

He goes on to explain this Provisional existence even further. He says this:

The Latin word ‘finis’ has two meanings: the end or finish, and a goal to reach. a man who could not see the end of his “provisional existence” was not able to aim at an ultimate goal in life. He ceased living for the future.

That’s just what it was. The men who could not see the end to this camp life, this “provisional existence”, they could no longer see clearly the ultimate meaning in their life. Once he sees that there is no future, then, at that point, there was no will or reason to live any longer. Frankl says these men died far before there body finally did. These very men were the ones who inevitably became severely ill, or to receive the worst punishments. It was as if their own broken spirit had already sealed their fate.

It was the ones who had seen past this “provisional existence” who saw the future that lay ahead, these men were the ones who survived no matter the circumstances. Another quote of him:

Most men in a concentration camp believed that the real opportunities of life had already passed. Yet, in reality, there was an opportunity and a challenge. One could make a victory of those experiences , turning life into an inner triumph, or one could ignore the challenge and simply vegetate, as did a majority of prisoners.

And he continues to speak upon those very words again, here:

These words frequently came to my mind after I became acquainted with those martyrs whose behavior in camp, whose suffering and death, bore witness to the fact that the last inner freedom cannot be lost. It can be said that they were worthy of their sufferings; the way they bore their suffering was a genuine inner achievement. It is this spiritual freedom – which cannot be taken away – that makes life meaning and purposeful.

Quite some time after the war was over, and he was back to “normal life”, a woman had showed him a picture of the prisoners staring dully at the visitor (the photographer) where these men were being “taken care of”. It portrayed a small hut where at least seventy men were crowded, all dying, some dead, and some close, as they looked, without emotion, straight into the camera. The woman proceeded to comment on this photograph, “Isn’t this terrible? Just everything about it?”

Frankl goes on to be genuinely confused. He could not see what was so terrible about this photo. He tells a story to her about the comfort being in one of these “sick huts” provided. He did not have to be out in the cold, wet snow, digging trenches for hours, beaten for no reason but to be beaten. He could lay there, still sick, but could doze off as he pleased. He says, those two days he spent there, they were a life saver, and perhaps, even the two days after those. When his listeners heard this, they realized, maybe the men in this picture were not so unhappy after all.

I want to wrap up this post, as it’s getting long. I want to touch on the last point, depersonalization.

Frankl describes this part as possibly the worst of all stages for some men. It was the realization that the goal they were pursuing, the family they had so hoped to meet once they were free, the people that were to miss their long departure, it would all be worth it in the end. They would be rejoined with their family, their “ultimate goal”. But for some men, there was no family, and even worse, the family that did await them, it was as if they had not realized this man was gone.

In this realization, the men discovered that there might have not been any true earthly happiness that could compensate for all they had suffered through. And, one by one, each liberated man came to even question himself, how he could have endured it all?

What was it that these men were truly pursuing in these concentration camps?

And that’s where Frankl ends the book, with the same problem Dostoevsky lays out in his book, Notes from Underground. Is our greatest fear not that we’ll never achieve our highest goals, but, if and when we do, have we lost the meaning to which the pursuit of that goal provided?

That then begs the question, what goal should we be pursuing?