I recently finished a book, recommended by my friend, The Metamorphosis, by Franz Kafka. 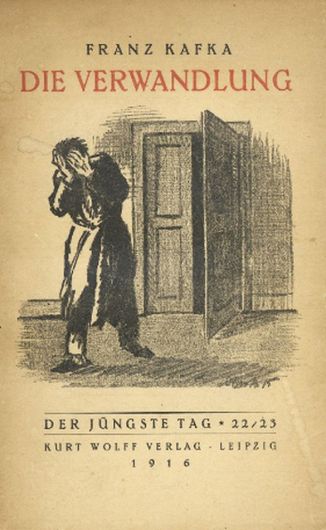 Although, I think I understood the message being portrayed in the story, I personally wouldn’t recommend it as a casual read. It’s definitely something, if you’re just looking for a good story, to avoid.

Nevertheless, I still want to give my thoughts on the book.

So what is the message Kafka was trying to get across?

I think, it’s trying to play on the Freudian ideas of family toxicity, in that, over-dependence often breeds negative emotions, which will inevitably lead to hostility in the family.

Let me give you a very brief summary of events that happen.

It starts off with Gregor Samsa, a traveling salesmen, who, upon further discovery, we find out is the sole provider for his unemployed family: his mom, dad, and sister.

With that in mind, it’s easy to understand the uneven stress and pressure placed on Gregor within his family, and, if he were to not be able to work, it certainly would mean a great burden placed on his family.

It’s definitely not the first thing he should’ve been worried about, as he had a bigger, more particular problem at hand now, but why was his mind in the wrong place?

It’s quickly revealed that, not only was he receiving immense pressure from his family, but from his job as well, particularly, his manager. Among the other salesmen, Gregor, was the one entrusted with the highest responsibility, as he was regarded as the only competent worker they had. Although this meant a higher salary, it also meant higher expectations, and, in turn, greater pressure to perform well. Knowing all this, it might be a bit easier to conclude why Gregor wasn’t initially in the right state of mind, he knew his job was at risk, and, in turn, his family.

Once his family realizes he’s not already off to work, they immediately become suspicious, and even his manager stopped by to visit to find out what’s wrong. All four of them are knocking on his bedroom door, asking what’s wrong, but not in sincere way, but more of a “what the hell’s wrong with you” kind of way.

In their state of “worried-ness” about him, when Gregor doesn’t immediately respond to their questions, they call a locksmith to come open the door.

One little detail that’s easy to overlook, was the fact that Gregor did try to communicate with his family through the door when asked if he was okay, but they were unable to understand him.

Of course, when Gregor hears word of a locksmith, he immediately gets up to open the door. Once it’s open, and his new self revealed, they do not show empathy for Gregor, but rather, they scream, they run. His father, in particular, had a nasty response. He quickly turns his fear into hostility and violence towards Gregor, beating him to the point of near death, until he finally returns back into his room.

His once “grateful” family no longer cared about him, but wish to pretend he didn’t exist now. In fact, if it wasn’t for his sister, they would have surely left him to die. Though his sister, she didn’t do much to help either, only bringing the bare necessity for him to survive: food, water. Now locked up and isolated from his own family, he then spends his days and nights in the dark, alone.

I like to compare this to the depression-like state many of us fall into once we realize our sacrifices (and they’re not trivial sacrifices either) for the ones we care for, they’re taken with ingratitude. Once we can’t provide, in the same manner that was once expected, we’re immediately regarded as useless, as if we no longer matter.

But I don’t think the story was particularly about gratitude, though, that’s one aspect of the story. Again, I think it has more to do with the hostility a toxic family can produce. I’m going to skip quite a few details so I can get to the final message of the book, but I want to touch on some points still.

Throughout most of the story, it tells how his family tried to keep what little relationship they could with him. It’s as if, they didn’t want him to die, just yet, but would rather he was not alive, or at least, not around them. This not only makes the well being of Gregor worse off, but his family, as well.

The story ends with this big final scene right before the death of Gregor. After realizing Gregor would no longer be able to provide, his father, his mother, and sister, they all had to find employment. Though not particularly happy about this fact, it did show they were starting to take on some sense of self-responsibility. At the same time, as they were becoming busier with their own lives, they further neglected Gregor, bringing him closer and closer to death.

At one point, it was revealed that they had rented out the spare rooms in their flat to some lodgers, which this leads to the final scene. During one evening, after the family had finished dinner with the tenants, the daughter began to play the violin. Everyone gathered around to listen, carefully paying attention.

Gregor, too, was drawn by the music. As she continued playing, Gregor crept closer and closer, until fully in sight of the family and lodgers, who were unaware of Gregor’s hideous existence.

Once the secret was out, and the lodgers were aware of what lived in this house, they demanded to leave, which enraged his father, once more. Although he might have killed Gregor in that moment he didn’t. He saw, that Gregor no longer feared death, as before. He crawls back to his room, and that very night, lays peacefully in the center of the room and dies.

In the morning, once this is discovered, his family, rather than anger or sorrow, they feel at peace. They’re overcome with an overwhelming sense of tranquility, that, even though times were rough before, that it would be all right now. They had jobs, they had money, they were free. The moved out to the countryside to start their new life, their life without dependency on their son, Gregor. Seems cruel right?

I don’t think Kafka intended it to be cruel story, actually. Like I mentioned before, I think it’s intended to be a lesson, a lesson of over-dependency, and the toxicity it brings with it.

He frames the whole story as if the blame is completely on the family, that, if they would have just been more grateful of Gregor, and all the sacrifices he made, maybe he wouldn’t have become a monster.

But, what I think he was trying to point out was it was Gregor’s fault too. He let them become over dependent, he let his manager take advantage of him, his mind became disconnected with his body. He could no longer see what he’s become, until it was too late.

It’s not until his family learned to “let their son die”  symbolically (in this case it was physical death and symbolic), that they could be free, be independent and responsible. But this doesn’t come easily either.

It didn’t come till after Grete, their daughter, played the violin that everyone was drawn to, did Gregor and the family understand this. The music represented the brief habitation with God, or with life’s true meaning. Once they all came close to this, all in the same room, Gregor knew he, too, had to die, that he no longer can maintain the toxic relationship they both contributed to, and so futile it was to keep holding on to.

In the end, after his death, they realized, they’re free now. They can live their life.

The whole message, I think, what it’s really trying to say, don’t become to dependent on anyone, especially your family, and if you do, the only way to free yourself, is to let the other person die (symbolically), in order for you to become yourself, a free indvidual.

3 replies to The Metamorphosis 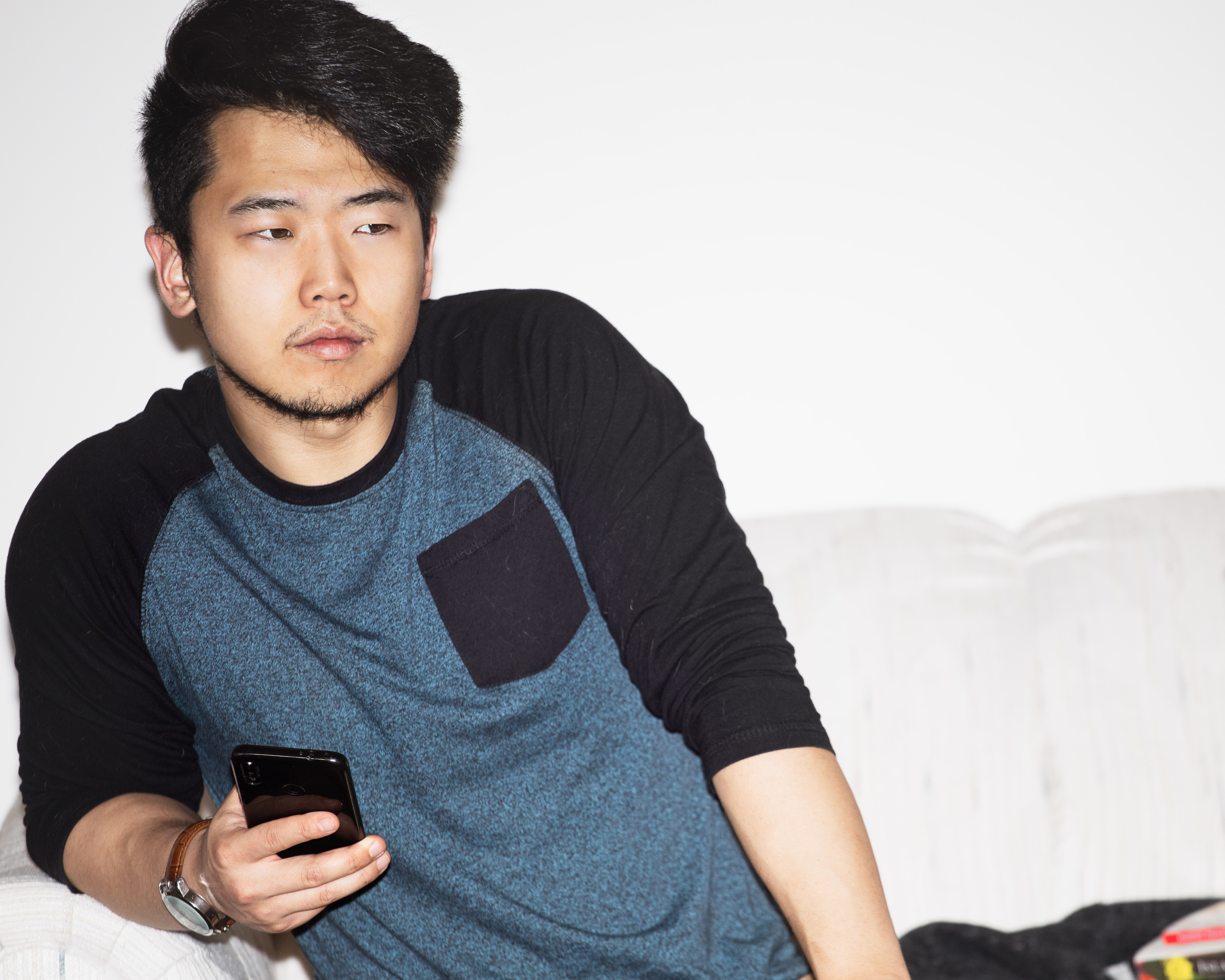