If you’ve read some of my previous posts, I’ve slipped in a few details about my own life here and there, and one little fact that I’ve mentioned about myself is that I don’t watch a lot of movies or TV shows. Seriously, close to none at all. I usually find myself indulging in a nice book and/or lecture, podcast, or interview/dialogue on YouTube, Audible, etc. Very rarely do I find myself actually doing anything else in the form of self-entertainment, other than the gym, but that’s not exactly entertainment.

But here is where I’ve, as close to, blown my own mind as I think I’ll ever get. These past 3 days I’ve watched the entire 10 episode series of an HBO TV series, Westworld. It’s a spin-off of the 1973 movie, Westworld, and there are even a few Easter eggs hidden within in it if you’re paying attention, though, that’s not the focus of this post. I just thought it was kind a cool nod to the original show. 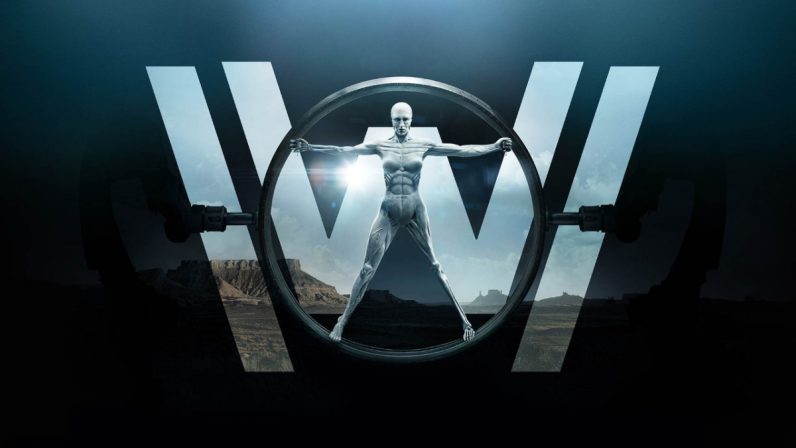 Like I said, I never watch any sorts of movies or anything, but last Sunday, I just happen to be scrolling through Amazon, and it recommended I watched the 1973 version of the movie, and, since I was a bit bored that night, I thought, why not!

The movie seriously intrigued me due to the similarities with the book, A Brave New World by Aldous Huxley in that it was this dystopia world of some sort. I even wrote an analysis of the book, which you can find on my blog.

And thus, because it was so intriguing, I decided to do a bit more digging and found that HBO had done a more modern, 21st century spin-off in the form of a TV series. So, naturally, I was intrigued once more. And I’m dead serious, I watched the entire 10 episode season in 3 days, completely out of character for me, but for good reason as well.

As you might have guessed, especially if you’ve read some of my other posts, since the discovery of a man named, Carl Jung, I’ve been fascinated with his ideas and explanations of psychology, philosophy, alchemy, spirituality, religion, and much more. It’s surprisingly unknown how profound an influence he was in terms of modern psychology. This could be due to his experimentation with alchemical studies, that caused him to be viewed as a mystic rather than an intellect.

Still, that doesn’t discredit any of the work he’s done, in my opinion, in fact, I think it  strengthens his work, and this show only only makes that ever more clear how deeply rooted and  powerful his ideas and discoveries were.

One of the most important ideas in Jungian psychology is the idea of finding one’s “self”. I don’t mean this in a cliche “Just be your self” type of way, but rather in a more profound and, sort of, spiritual kind of way.

Here, let me give you the Wikipedia definition of the Jungian “self”.

The Self, according to Carl Jung, is realized as the product of individuation, which in his view is the process of integrating one’s personality. For Jung, the Self is symbolized by the circle (especially when divided in four quadrants), the square, or the mandala.

And Carl Jung symbolized, as you can tell, the mandala as the primary symbol of one’s self. He states that the mandala is represented in various different forms, even the Christian cross (which far precedes Christianity) is a form of the mandala. And one must journey to the very center of this mandala in order to find one’s self.

One very common representation of a mandala is a labyrinth. Inside the Chartes Cathedral there is massive Labyrinth, right here:

Now, I’m sure many of the people who had watched the TV series didn’t have a strong background on Jungian Psychology. As for me, who has a moderate grasp on some of his ideas, it was fascinating to see a complete visual representation Jung’s entire life work.

There are going to be some spoilers here, but they’re needed to articulate my point. Anyways, one of the main plot points revolves around a man who is in search of “The Maze”. He believes by solving the “Maze” the AI robots that inhabit Westworld will finally become fully sentient beings. And that’s an allusion to Jung’s idea of an “integrated self”, one that has been common in AI-themed movies and TV shows.

Continuing on, there is a huge emphasis on narratives as well, and they say the AI robots, part of what makes them so lifelike is the fact they all have their own story, their own life, there own reason for being here, in this world.

But that was part of the “Maze”. It was learning each and every host, and how they were connected, and how each part of their “story” was merely another step towards the center of the Maze; the journey to one’s self, to full sentience.

And these narratives are another allusion to the Jungian idea of Archetypes. Archetypes, which I’ve written another article briefly explaining what they are, are the most primitive and ancient form of animal, in turn, human behavior. And these archetypes can only be played out through stories, or, as Westworld puts it, narratives. It is through these stories do the patterns emerge, and through these patterns lies the archetype; the eternal truths. It is by following these stories, understanding them, do you find your self, and that self is what makes your ultimate story. But what is your ultimate story?

So think of it like this, your ultimate story is the collection of all your stories through your entire life. The best analogy I could make is, think of it like a video game in which you have all your side quests, but then you have the “main quest”. It is possible to spend your entire time playing the game (your life) fulfilling side-quests, but at the same time, there is still the main quest ready for you to complete. But what is also strange about the main quest is it is broken into several “side quests” that make up the entire narrative. It’s a hard idea to wrap your head around, but that’s the best I can do.

So that’s what one of the main characters in Westworld, William, is after. He’s trying to play the “main quest” in hopes that when he completes the “game” or the “narrative” it unlocks some sort of answer: where the true self lies. He hopes that when he finds this “true self” it will allow the AI robots to be free; to no longer need control. He wants to unlock true human consciousness, and not programmed sets of behavior. He wants the AI robots to no longer be subordinate to a god (their creators), but to realize the power of “god” was within in their self all along.

Of course, Carl Jung spent his entire life on his work, and I can’t even begin to give it even an ounce of justice in this short post, and again, there’s much more to the show than I’ve been able to describe.

If you are looking for a good show to watch, or are interested in Jungian psychology with a Brave New World twist, then I definitely recommend this.

Be careful though, there’s a fair amount of blood and sexual content. But don’t let that scare you!